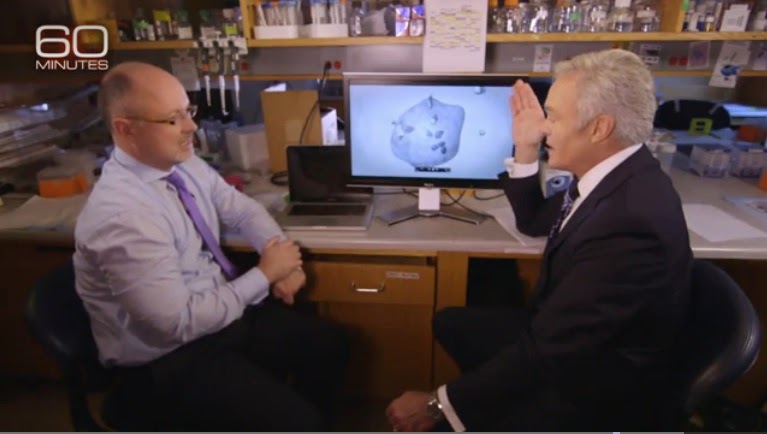 If you didn’t watch the 60 Minutes segment entitled “Killing Cancer” last night, you should. Here’s a link: http://www.cbsnews.com/news/polio-cancer-treatment-duke-university-60-minutes-scott-pelley/
The episode announces a new Glioblastoma treatment protocol developed at Duke University: infecting (injecting?) the tumor with polio.

What? Polio? One of the great diseases of the last century? Are you crazy? Well, as it turns out, a lot of people thought that Dr. Matthias Gromeier, who  came up with this idea, was truly crazy.

This treatment protocol is in an early stage trial in which nobody expects a 100% batting average. But 60 Minutes reports that “So far there have been 22 patients in the polio trial. Eleven died. Most of them had the higher dose. But even so they lived months longer than expected. The other 11 continue to improve. Four are past six months which Duke calls "remission."

The show went on to say that “Dr. Darell Bigner is the head of the study and of Duke's Brain Tumor Center. He's been fighting brain cancer 50 years and he told us he has never seen results like those in patients Fritz Andersen and Stephanie Lipscomb. They lived months longer than expected. The other 11 continue to improve. Four are past six months which Duke calls ‘remission.’”

I can’t summarize this mesmerizing 60 Minutes segment in this blog. So go to this link and watch it yourself: http://www.cbsnews.com/news/polio-cancer-treatment-duke-university-60-minutes-scott-pelley/

*Pictured above: Dr. Matthias Gromeier, a molecular biologist who's been laboring over this therapy for 25 years and Scott Pelley of 60 Minutes

thank you for sharing :)
Tips Health

As far as I am concerned, anything that has the potential to cure cancer is worth trying. Innovation is necessary in doing research.