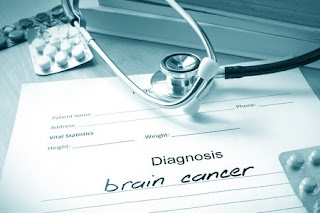 The first sentence of the posting hedges that statement but also holds out some promise saying “UCLA scientists have developed a potentially promising new combination therapy for glioblastoma, the deadliest form of brain cancer.”

If you’re new to the brain tumor business, the first two sentences succinctly and bluntly spells out the dark truth about GBM: “Glioblastoma, also known as grade IV glioma, is the most aggressive primary brain tumor in humans. Approximately 23,000 people in the U.S. are diagnosed with glioblastoma (GBM) every year. Patients usually receive surgery, chemotherapy and radiation, but these treatments are not very effective as an estimated 50 percent of GBM patients die within one year, and 90 percent die within three years”

Several facts whacked me in the eyeballs as I read that paragraph: “23,000 people in the U.S.”, “…but these treatments are not very effective…” and “…an estimated 50% die within one year…”

I don’t know what else to say. GBM is ruthless, relentless and black-heartedly deadly. So when somebody, anybody, says there is any kind of hope for victims, I pay attention.

The article reports that “this new method was nearly 50 percent effective at curing glioblastoma in the study.”

I so want to believe that this new protocol/therapy can be rolled out quickly to every GBM victim worldwide.

Read the entire article to better understand how the therapy works and what the next step is: http://www.news-medical.net/news/20150902/UCLA-scientists-develop-promising-new-combination-treatment-for-glioblastoma.aspx