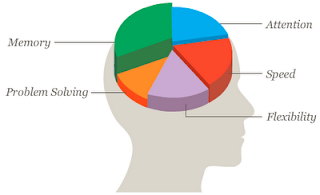 Here’s a nice update on the state of brain training programs in the New York Times. In his article, writer Dan Hurley talks about LearningRx, “LearningRx, a chain of 83 ‘brain training’” franchises across the United States, the goal is to improve cognitive skills. LearningRx is one of a growing number of such commercial services — some online, others offered by psychologists. Unlike traditional tutoring services that seek to help students master a subject, brain training purports to enhance comprehension and the ability to analyze and mentally manipulate concepts, images, sounds and instructions. In a word, it seeks to make students smarter.”

Included in his article is an update on the big three online brain training services -  Lumosity, Cogmed and Posit Science — who, according to Hurley, “dance around the question of whether they truly raise I.Q. but do assert that they improve cognitive performance.”

One factoid in the article popped out and grabbed my eyeballs: “Conceived to appeal to adults, especially baby boomers looking to stanch the effects of aging, Lumosity now draws one-quarter of its audience from students between the ages of 11 and 21, according to Michael Scanlon, the company’s scientific director.”

Lumosity is also a bit surprised. Scanlon says that “I was taken aback that so much of our user base is so young. The particular audience I had in mind at the earliest stages of the company was my mother.”

Importantly, Hurley goes on to report that “programs offered by Posit, Lumosity and Cogmed are now being used by psychologists not affiliated with the companies to help people with diagnosed cognitive disorders, including traumatic brain injury, A.D.H.D., and the aftereffect of chemotherapy.”

One good example is Kristina K. Hardy, a neuropsychologist at Children’s National Medical Center in Washington, is testing the use of Cogmed with childhood cancer survivors, whose ability to learn is sometimes significantly reduced after chemotherapy and radiation.

And here’s the good news, Hardy goes on to say that, “I entered this work with some skepticism that just doing some computer work at home could help anybody. I thought we wouldn’t be able to move the needle on their cognitive abilities. And not everybody has been able to make gains. But I’ve had some kids who not only reported that they had very big changes in the classroom, but when we bring them back in the laboratory to do neuropsychological testing, we also see great changes. They show increases that would be highly unlikely to happen just by chance.”

Want to read more?  Here’s a link to Hurley’s article: http://www.nytimes.com/2012/11/04/education/edlife/a-new-kind-of-tutoring-aims-to-make-students-smarter.html?pagewanted=all
Posted by John's Brain at 10:14 AM

Come and see how THOUSAND of people like YOU are making a LIVING online and are fulfilling their dreams right NOW.
SUBSCRIBE NOW