Please tell me how to empty my brain’s memory cache 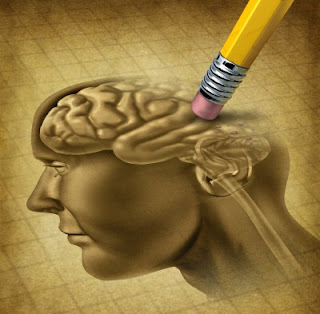 Yes, just as emptying the memory cache in your (old) PC/Mac/etc. will improve performance; deleting your old memories will improve the performance of creating new memories. At least that’s my takeaway from a recent New York Times article entitled “Older Brain Is Willing, but Too Full.”

Reporter Douglas Quenqua of the NY Times summarized a recent study revealing this issue by noting that “Learning becomes more difficult as we age not because we have trouble absorbing new inform.”

His article goes on to state that “Mice whose brains were genetically modified to resemble those of adult humans showed no decrease in the ability to make the strong synaptic connections that enable learning — a surprise to neuroscientists at the Medical College of Georgia at Georgia Regents University.”

No, I don’t want to know how they were able to genetically modify mice brains to resemble human brains…or what happened to those mice that figured out how to escape the lab.

As those of us with "senior moments" could have told the researchers, the study verified that the memory issue comes into play during adulthood. These mice were less capable of weakening connections that already existed, and that made it hard for them to form robust new long-term memories. “Think of it as writing on a blank piece of white paper versus a newspaper page,” said the lead author, Joe Z. Tsien. “The difference is not how dark the pen is,” he said, “but that the newspaper already has writing on it.”

Here’s a link to the NY Times article: http://www.nytimes.com/2013/01/22/science/older-brain-is-willing-but-too-full-for-new-memories.html?_r=1&

And here's the image credit for the visual that wonderfully captures the idea at the core of this study <a href='http://www.123rf.com/photo_13325473_dementia-disease-and-a-loss-of-brain-function-and-losing-memories-as-alzheimers-as-a-medical-health-.html'>lightwise / 123RF Stock Photo</a>

Thanks for the encouragement! Any topics you think I should write about?