What has having a brain tumor taught you? 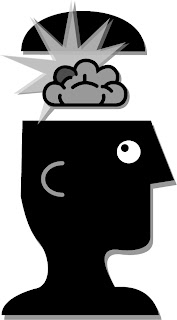 His five lessons learned are:

I then reread Geraldine’s* blog posting entitled “70 Things I Learned from Having a Brain Tumor.” Her first five (5) are**:

My thoughts? I think that everybody reacts differently. Some folks get religion (literally). Some see this as a “wake-up” call to rethink their values…and then join a nunnery or go on disaster relief trips. Other folks are still in denial about having a “near death” experience in spite of the surgery. Some folks haven’t learned a damn*** thing. And some folks use this as vindication of their vapid lifestyle and shallow insights.

I am, though, interested in your reactions. Send me a note: john@chief-complaint.com.

PS – Yes, I’ve gone on a number of disaster relief trips since learning about my tumor.

*You may know Ms. Geraldine as the ”Everywhereist.”
** I put in her first six (6) “learnings” because the sixth is so true and I wanted to see if you were paying attention and/or could count.
*** I’ve noticed that the really good brain tumor bloggers (e.g. Samantha Kittle) swear a lot more than I do, so this is my attempt to include some vulgarities. Next time I promise to use the words “shit” or, maybe, “scumbag.”