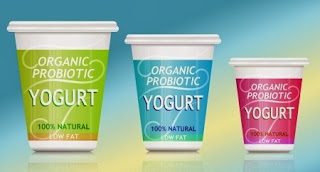 One of the hosts, Steve Inskeep reports that it “Turns out you really can have a gut feeling about something, because evidence has been mounting that those microbes in the body may be important for our emotional health as well as our physical health.”

They went on to play an audio interview between NPR’s Rob Stein and Dr. Emeran Mayer, a Professor in the Departments of Medicine, Physiology and Psychiatry & Biobehavioral Sciences at UCLA. Here’s the bit that caught my attention:

“MAYER: It really happens rarely in science that you sort of stumble into an area that all of a sudden opens up this completely new frontier.
STEIN: A frontier that could help explain that old idea of gut feelings. And Mayer thinks he already has the first good clues this may be true, after analyzing about 60 volunteers like Pria.
MAYER: We found that the type of community you have, of microbes you have in your gut, is reflected in some ways in some basic architectural aspects of the brain.
STEIN: The brain connections of people whose microbes are dominated by one species of bacteria look different than those of people whose microbes are dominated by another species. That suggests that the specific mix of microbes in our guts helps determine what kinds of brains we have, how our brain circuits develop, how they're wired.
MAYER: The brain circuits obviously determine certain ways of how we perceive the world and react to the world outside of us.
STEIN: This could help explain why some people are born with brains that don't work the way they're supposed to, causing problems like autism, anxiety, depression.
MAYER: It opens up a completely new way of looking at brain function and health and disease. I think that's, you know, kind of a revolutionary concept”

For me the research findings suggest that good microbes in your gut make for better brain function. And, tantalizingly, improving those microbes may also improve brain function.

And, since Greek Yoghurt is a tasty source of good microbes, and I'm part Greek, I will continue to use it instead of sour cream wherever I can.

And here’s a link to the transcript: http://www.npr.org/templates/transcript/transcript.php?storyId=244526773 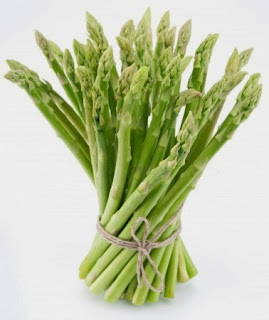 There’s an interesting series of postings on the American Cancer Society’s “Survivor Network” discussion board.  You can follow it here: http://csn.cancer.org/node/189054 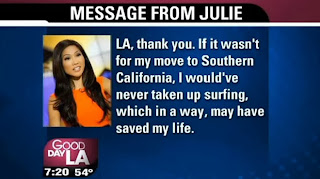 Per Fox News “Los Angeles’ KTTV “Good Day LA” anchor Julie Chang was diagnosed with a brain tumor after a she had medical tests done following a surfing accident, her coworkers revealed.

A news anchor read a statement from Chang, explaining that she got a black eye after she was hit in the face by her surfboard, and a CT scan revealed “a tumor in the core” of her brain.” 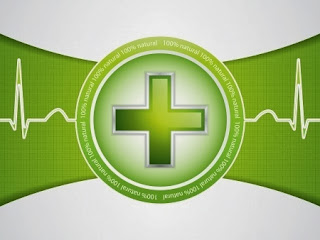 There is an really good, if sobering, series of discussions on the Inspire.com website about alternative holistic treatments for Stage IV Glioblastoma: http://www.inspire.com/groups/american-brain-tumor-association/discussion/alternative-holistic-treatments-for-stage-iv-glioblastomas/?ref=as&asat=123905172

Suggestions from readers range from adopting a ketogenic diet, to a bag of raw bitter apricot seeds, to a listing of alternative treatments that are natural and holistic.

At the same time, several readers have talked about mental trauma and need to embrace palliative care.

Some of the postings come from folks who have embraced radical diet and lifestyle changes. You can read about one of the more interesting, and apparently successful, here: http://beatyourowncancer.com/?p=83

I’m not sure what to make of all of this. I guess that most victims and their loved ones continue to search for cures until the very last moment (duh!). I also read extreme pain and anguish into the final moments (double duh!!).

So I give you these links as a reminder that you are not alone; that others have the same pain and trials; and that that there is a site where you can post your thoughts and fears and others understand, really understand.

I’ve known for some time that compared to other brain tumor victims, I’ve had it easy. Compared to Jessica Oldwyn, my meningioma brain tumor was a trip to Hawaii.

Just reading about her diet regimen/battles/craziness is so exhausting; I want to go take a nap.

According to her website, she’s battling an “infiltrating/diffuse astrocytoma (a type of glioma) tumor.” She’s also on a five year “Newcastle virus and dendritic cell therapy” protocol.

If you visit her website - http://jessicaoldwyn.blogspot.com/ - and I recommend that you do, go beyond her home page to read about her “Daily Routine.”