If I wasn’t already scared… 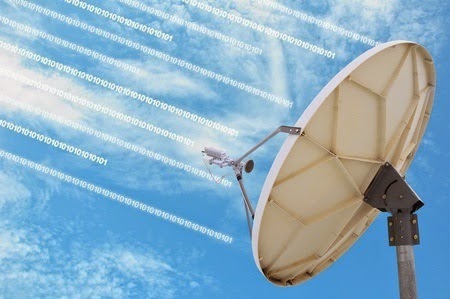 According to an article posted on Accelerate Brain Tumor Cure “Brain tumors fly under the radar of the body’s defense forces by coating their cells with extra amounts of a specific protein, new research shows.

Like a stealth fighter jet, the coating means the cells evade detection by the early-warning immune system that should detect and kill them. The stealth approach lets the tumors hide until it’s too late for the body to defeat them.”

Now that’s just unfair. We have a hard enough time killing the little buggers when we find them. And, disturbingly, these occur in “…some of the most dangerous brain tumors, called high grade malignant gliomas.”

Learning that lethal gliomas have stealth capacity is just another reason to sleep uneasily.

Here’s a link to the article I originally read: http://abc2.org/article/brain-tumors-fly-under-radar-stealth-jets-new-u-m-research-suggests 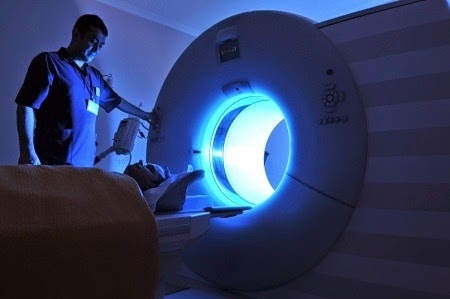 At a rational level, I understand that some nice, technologically advanced MRI identified my brain tumor and enabled all the wonderful follow-on treatments I received.

Emotionally, though, I still get the heebie jeebies before and during every MRI.

For starters, every time my sixth month MRI check-up pops up on the calendar, it reminds me that, yes, I still have some unreachable and un-removable brain tumor remnants left in my head. And, those remnants might just decide to wake up some day and wreak havoc with the rest of my brain.

When I climb into a MRI machine and am locked in, I somehow get the foreboding notion that this is what it feels like to be in a coffin and have the lid nailed shut. 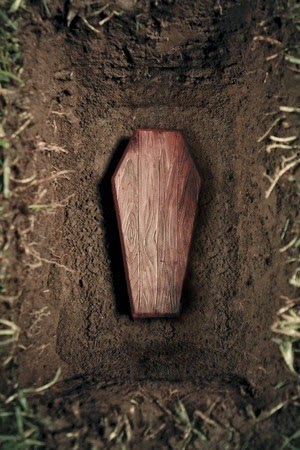 And when I get especially paranoid, I wonder if the medical technicians aren’t experimenting with one of those new combination coffin maker-grave digger gadgets. If I remember correctly, those machines dig their own holes and fill the dirt back in automatically – putting lots of scary-looking grave diggers out of work and saving funeral homes lots of time, money and effort.

If, of course, you have some strange thought of trying to calm your nerves during the ordeal by meditating during the MRI, you must be completely deaf or live in Colorado and be smoking some newly legal marijuana, because the noises inside the MRI should wake up the dead, let alone distract anybody trying to meditate. I say "should" because I haven't seen any zombies walking around in the nuclear medicine department ...although I haven't looked all that closely at all the technicians.


I described the cornucopia of reactions I had to my first MRI in Chief Complaint, Brain Tumor - http://www.chief-complaint.com/ - and have excerpted it here:

“... the doctor recommended that I have a magnetic resonance imaging (“MRI”) test. For the uninitiated, MRI tests are normally scheduled for folks who have something lousy going on inside.

To take an MRI, you go to a lab hidden deep in some medical facility where they store the really high-powered medical equipment. Over in a corner you’ll probably see a lab technician peering at a backlit green screen that reminds you of the sonar technology they must use on a nuclear submarine.

You are instructed to take off all your jewelry (this took about a nanosecond) as the technician asks you questions like, “Do you have any metal in your body?” “Have you ever had a joint replacement using metal?” “Does being enclosed in very small space and having abnormally loud sounds clang and bang around your head drive you berserk?”

While I may be wrong, I think that no matter what your answer is, you are then told to lie down on a cloth-covered surfboard at a perpendicular angle to the MRI. It’s so the technicians can easily slide you into the machine and bombard you with x-rays. I’m just guessing on the kind of rays, they could be beta rays for all I know. (Actually, I was hoping that they weren’t beta rays because, as everybody who’s ever worked in software knows, the “beta” version is pretty iffy stuff.) After you lie down, the technicians strap you down and quickly run out of the room.

No, it isn’t reassuring.

The machine started and the vibrations reminded me of some large ship leaving port. It began as a low hum that pulsed and shook. Abruptly, the promised clanging and banging commenced at erratic and irregular intervals. It felt as if something was really wrong with the machine, like maybe they forgot to add oil during the last seventy-five-thousand-mile overhaul or the thing needed new brake pads.

While I half-expected the MRI to explode or shoot me out the front like torpedo, it didn’t.

And I walked away thinking, “Boy, I’ll bet I won’t have to do that again.” Little did I know that I should’ve quickly joined the MRI frequent scanner club for the “points.” 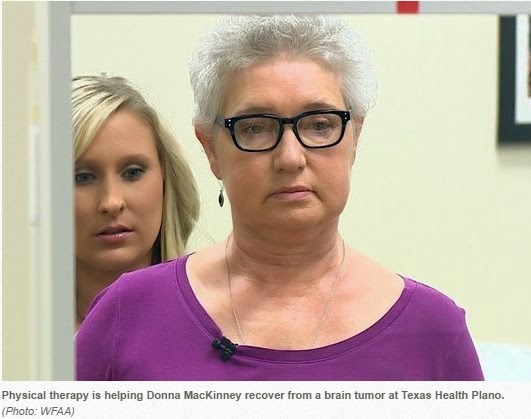 As if a Stage IV brain tumor isn’t bad enough, the chemo treatments add insulting fogginess to injury. What do I mean by “fogginess”? This article posted on the WFAA website explains it better than I can: http://www.wfaa.com/story/news/health/2014/09/23/chemo-brain---star-program---cancer-therapy/16115277/
Perversely, the website posting itself seems a bit, well, foggy and difficult to read with type running into the next column. So I’ve cut and pasted the entire article here for you to read.

PS – And here’s a link to the American Cancer Society description of “Chemo Brain”: http://www.cancer.org/treatment/treatmentsandsideeffects/physicalsideeffects/chemotherapyeffects/chemo-brain

PLANO — As her balance improves, so does Donna MacKinney's brain, which seemed after treatment for a Stage IV brain tumor to be clouded in fog.

"The little things that should be so every day will not come to me," she said.
MacKinney is a middle school librarian who loves her words, so the mental haze she was experiencing was very frustrating.

The condition — known as chemo brain — was once thought to be psychological. And while no one knows why it happens, it is a common side-effect of chemotherapy treatment.

For many years, cancer treatment has been focused primarily on survival. Side effects were considered a necessary evil. But cancer treatment is evolving to treat the whole person, rather than just the disease itself.

"And I think that's what we need to educate people that now that these side effects can be treated, and their quality of life greatly improved." said THR Plano oncology program manager Carinsa Gaston.

She hopes other hospitals and clinics that treat cancer patients will begin similar programs.

Exercise, for example, would seem to further deplete an already exhausted cancer patient, but it actually does the opposite. Therapists can work on balance and stamina, so cancer patients who have difficulty walking across a room can instead enjoy a walk around their neighborhood.

Donna MacKinney had been given 10 months to live.

"The tumor was humongous," she admits, "And the prognosis was very grave. But here I am!"

With the help of the STAR program, MacKinney is planning to get back to work — full-time — as a librarian. Enjoying words, instead of searching for them through a fog.”