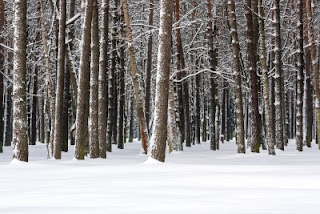 Shinrin-yoku is a form of Japanese preventive medicine which, according to a terrific article in the December issue of Outside magazine”…essentially involves hanging out in the woods. It’s not about wilderness; it’s about the nature-civilization hybrid the Japanese have cultivated for thousands of years. You stroll a little, maybe write a haiku, crack open a spicebush twig and inhale its woodsy, sassy scent.”

Sounds pastoral, peaceful and kumbaya-ish, but what does this have to do with brain health?

According to author Florence Williams, The idea with Shinrin-yoku, a term coined by the Japanese government back in 1982 (but inspired by ancient Shinto and Buddhist practices), is to let nature enter your body through all five senses.  In fact, Japan has 48 official “Forest Therapy” trails designated especially for this.

As you can imagine, given the extremely long work-weeks, crowded living conditions, earthquakes and turgid economy, the Japanese people are under a bit of stress. And, given their proclivity for measuring everything and anything (having lived and worked in Japan I’ve seen this first-hand), I’m not surprised that they are on the vanguard of the science delving into Shinrin-yoku.

Williams uses this insight as a springboard to write that “So it makes sense that Japan’s scientists are in the vanguard of knowing how green spaces soothe the body and brain. While a small but impressive shelf of psychological research in recent decades suggests that spending time in nature improves cognition, relieves anxiety and depression, and even boosts empathy, scientists in Japan are measuring what’s actually happening to our cells and neurons. Led by Yoshifumi Miyazaki from the University of Chiba and Qing Li from the Nippon Medical School in Tokyo, they’re using field tests, hormone analysis, and new brain-imaging technology to uncover how the magic works on a molecular level. Once we know that, it’s news we can use.”

In addition, the article goes on to report that that, “The Japanese work is essential, a Rosetta stone,” says Alan C. Logan, co-author of the recent book Your Brain on Nature. “We have to validate the ideas scientifically, through stress physiology, or we’re still stuck at Walden Pond.” Americans have often relegated nature to the romantic realm of Thoreau and Abbey. Viewing it as medicine is still largely foreign. “Studying the impact of the natural world on the brain is actually a scandalously new idea,” says Richard Louv, author of the 2008 bestseller Last Child in the Woods - the book that minted the term nature deficit disorder - and The Nature Principle, his 2010 follow-up about adults. “It should’ve been studied 30 to 50 years ago.”

I’ve read the entire article and am going to try to find time to go “forest bathing,” even in the winter. Not convinced? Here’s a link to the full article written with insight by Ms. Reynolds. - http://www.outsideonline.com/fitness/wellness/Take-Two-Hours-of-Pine-Forest-and-Call-Me-in-the-Morning.html


The first paragraph of this recent Wall Street Journal article caught my eye, it said: “Even healthy people worry about the quality of care they can expect to receive when they become ill. Will a cancerous tumor be spotted early enough? Will hospital staff move fast enough to save my life? What is the worried-looking doctor scribbling in my chart?”


There’s something about the holidays which, unintentionally, dials up the stress for all of us. If you are a brain tumor victim, survivor or caretaker, stress isn’t good. So here’s advice from the Mayo Clinic – laugh.

You may say, “wait-a-minute, I am a brain tumor victim (or survivor or caretaker), how can I laugh about that?!” In some ways that’s the conundrum. According to a posting on the Mayo Clinic’s website - http://www.mayoclinic.com/health/stress-relief/SR00034 - laughter has important short and long benefits.

Need help laughing? Here’s some of my favorite funny movies. Rent these and laugh.

If for some reason you’re unfamiliar with these, you can find links to them at: http://www.imdb.com/list/RBz-9DRlemU/

*This is the headline from the Mayo Clinic posting
Posted by John's Brain at 7:00 AM No comments: