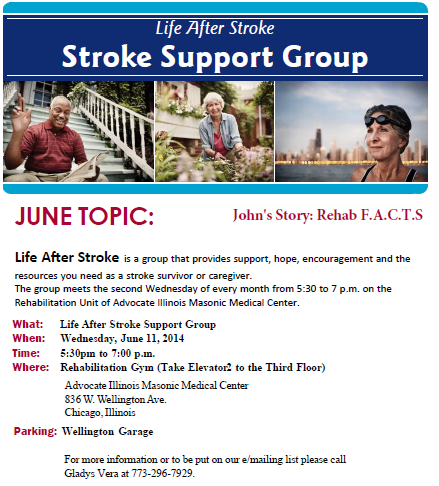 I will be making this presentation which I’ve named “Rehab F.A.C.T.S. These are immutable truths I learned during my brain tumor rehab. Actually, they’re pretty common sense ideas on remain positive and tenacious during rehab after some stupid brain tumor or stroke totally messes with your heretofore wonderful life. I give this presentation because I sense that everybody knows that they need to do their rehab, but few actually stick with it. So my presentation is more about developing a positive attitude, self-discipline and trying to make rehab a bit of a game with, shock, maybe even a dash of sardonic humor.
John
PS -  This is open to all brain tumor/stroke/trauma victims, caregivers, friends and family.
PPS - They usually serve nice snacks, too.
Posted by John's Brain at 2:17 PM No comments:

I’m going to quote a lot from a ScienceDaily.com article because it sounds a bit fantastical and I don’t want to get this wrong.

The findings, published in May 21 online issue of the Journal of Translational Medicine, may help researchers stratify cancer patients for clinical trials according to their cancers' genomic signatures and predicted sensitivities to different cancer drugs.

Such an approach would allow scientists to selectively test cancer drugs on those who would be most likely to respond to them, while simultaneously reducing patients' exposures to toxic drugs that would likely be ineffective.”

Here’s a quote that’s stuck with me after reading the piece: "Genomics tells us that cancers are a lot like snowflakes. No two cancers are alike so it does not make sense to give all patients the same drugs. This is the idea behind personalizing therapies for cancer," said lead author Sandeep Pingle, MD, PhD”

Yes, I know that the lead diagram is kinda small, but I found it really helpful.

Here’s a group I just discovered – the Brain Tumor Trials Collaborative: http://www.bttconline.org/ .
According to their website “The mission of the BTTC is to develop and perform hypothesis-based, state-of-the-art clinical trials in a collaborative and collegial environment emphasizing innovation and meticulous attention to protocol compliance and data quality. Through these efforts, the BTTC will strive to advance treatments for patients with neuro-oncologic illness with recognition of the importance of merging good scientific method with concern for patient well-being and outcome.”

I wanted to write about them because of their emphasis on clinical trials. If I understand their website correctly, they current are fielding three open trials. You can read about them here: http://www.bttconline.org/research-clinical-trials/bttc-clinical-trials
Posted by John's Brain at 10:38 AM No comments: 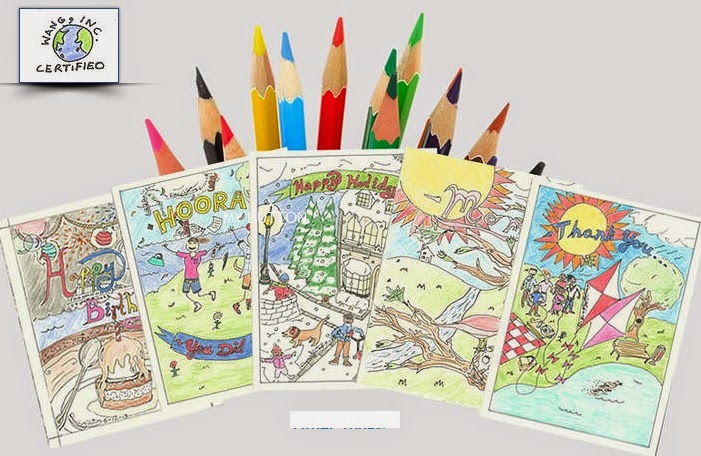 How great is this!? Daniel Wang, a sixteen year old brain tumor survivor launches a gift card company and shares his revenue with Make-A-Wish Illinois, and organization that helped him during as he fought his disease and recovered.

Amanda Marrazzo, in an article in today’s Chicago Tribune nicely summarized Daniel’s story. For starters she writes that “Everything changed in an instant for young Daniel Wang: a sudden memory lapse, an excruciating pain in his head. Then a trip to the hospital and emergency brain surgery to remove a cancerous tumor.

When he woke up, the Gurnee boy was hooked up to a feeding tube and a respirator and his entire right side was paralyzed.

‘They removed 99 percent of the tumor,’ said Daniel, who was 12 when he had the surgery and is 16 now. His words are concise, yet he still speaks slowly. ‘When I woke up I couldn't move, or eat, or get up, talk or drink. It was a bad time.’”

Ok, let me this about this for a moment. He was twelve years old, his entire right side was paralyzed and he had a cancerous tumor. Yes, that qualifies as “a bad time” in my book.

Marrazzo goes on to say that “With his teacher's assistance, Daniel launched "Hope Through Cards" in October. He shares his earnings with Make-A-Wish Illinois — an organization that helped him when he was ailing — and said he has since raised $1,400 for the foundation. Just this month, Daniel sold Mother's Day and Father's Day cards at his school and said he raised hundreds more for the charity.”

This is a great story, a great kid and a great foundation. You can read Marrazzo’s story here: http://www.chicagotribune.com/news/local/suburbs/grayslake_gurnee_round_lake/ct-brain-cancer-greeting-cards-met-20140519,0,6429162.story

After you’ve done that, go to the Make-A-Wish site at http://illinois.wish.org/
and help somebody.
Posted by John's Brain at 11:21 AM 3 comments: