Is Cocoa the Brain Drug of the Future? 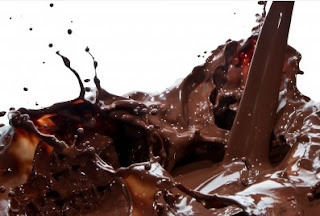 Either this is too good to be true or I’ve just died and gone to heaven.

According to an article in the prestigious Scientific American magazine, “It's news chocolate lovers have been craving: raw cocoa may be packed with brain-boosting compounds. Researchers at the University of L'Aquila in Italy, with scientists from Mars, Inc., and their colleagues published findings last September that suggest cognitive function in the elderly is improved by ingesting high levels of natural compounds found in cocoa called flavanols.”

Now I’m a little concerned about this study as Mars, a huge chocolatier, was involved in the study. On the other hand, as a boss of my once told me, never let the truth get in the way of a good story.

Daisy Yuhas, author of the article, notes that “Subjects who drank a cocoa beverage containing either moderate or high levels of flavanols daily for eight weeks demonstrated greater cognitive function than those who consumed low levels of flavanols on three separate tests that measured factors that included verbal fluency, visual searching and attention.”

Wait a minute! I need to improve my verbal fluency, visual searching and attention. I need chocolate.

So, can I go on a mega-chocolate binge? And what about my dark chocolate with its wonderfully adult, seductive taste?

Here’ Yuhas just destroys my hopes and dreams as she says “Nope, sorry. A food's origin, processing, storage and preparation can each alter its chemical composition. As a result, it is nearly impossible to predict which flavanols—and how many—remain in your bonbon or cup of tea. Tragically for chocoholics, most methods of processing cocoa remove many of the flavanols found in the raw plant. Even dark chocolate, touted as the “healthy” option, can be treated such that the cocoa darkens while flavanols are stripped.”