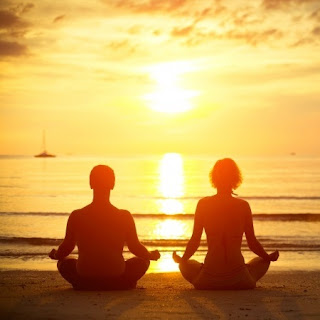 That’s the headline in Science Digest.com reporting on “…study that will appear in the January 30 issue of Psychiatry Research: Neuroimaging." A team led by Massachusetts General Hospital (MGH) researchers will report the results of their study, the first to document meditation-produced changes over time in the brain's grey matter. http://www.sciencedaily.com/releases/2011/01/110121144007.htm

Interested?  I was. The next line hooked me: “Participating in an 8-week mindfulness meditation program appears to make measurable changes in brain regions associated with memory, sense of self, empathy and stress.”

What intrigues me about this study is that it is all based on hard science, and gives some evidence to support the long-reputed benefits of mindfulness.

"Although the practice of meditation is associated with a sense of peacefulness and physical relaxation, practitioners have long claimed that meditation also provides cognitive and psychological benefits that persist throughout the day," says Sara Lazar, PhD, of the MGH Psychiatric Neuroimaging Research Program, the study's senior author. "This study demonstrates that changes in brain structure may underlie some of these reported improvements and that people are not just feeling better because they are spending time relaxing."

The following quote also resonated with me:

"It is fascinating to see the brain's plasticity and that, by practicing meditation, we can play an active role in changing the brain and can increase our well-being and quality of life." says Britta Hölzel, PhD, first author of the paper and a research fellow at MGH and Giessen University in Germany. "Other studies in different patient populations have shown that meditation can make significant improvements in a variety of symptoms, and we are now investigating the underlying mechanisms in the brain that facilitate this change."

I really like your blog and I also recommend you to check out Meditation training. Thank you

Really nice and interesting post. I was looking for this kind of information and enjoyed reading this one. Keep posting. Thanks for sharing. books on meditation