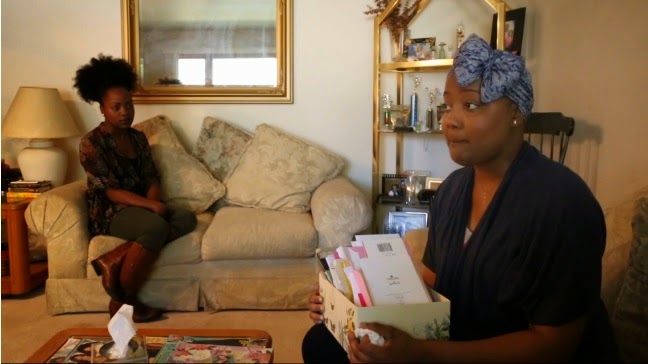 One would think that having a brain tumor would be bad enough, but having a YouTube hairstylist loose her hair due to chemo and radiation just seems like insult to injury.

I haven’t been quite so depressed since reading about Grant Achatz, the world-famous Chicago Restaurateur, having stage IV tongue cancer, or Sandra Marante, a young budding opera singer having a seizure during a rehearsal: http://johnstumor.blogspot.com/2012/03/truth-is-stranger-than-fictionits-also.html

Horribly, both Monroe and Marante are young, accomplished women who were full of promise and vitality and optimism.

The article in the Chicago Tribune, by Lolly Bowean, nicely captures all the horrible irony that hair loss for a nationally-known hair stylist commands.

Interested? If you’re not, I dare you to read the following opening sentences of Bowean's story and not be compelled to read the rest of article. Here’s the link: http://www.chicagotribune.com/news/ct-meechy-monroe-cancer-met-1007-20141011-story.html#page=1

“Over the last five years, Meechy Monroe has built a reputation and international following among black women who turned to her for hair care tips and inspiration as they turned from chemically treated hair to natural styles.

Through her blog, social media and YouTube channel, Monroe won tens of thousands of followers who longed to know just how she twisted, twirled, patted and puffed her signature, textured Afro into an elegant, bouffant-esque style. Her YouTube channel piled up more than 2.4 million views. She gained 36,000 followers on Instagram and reached thousands more through Twitter and her blog.

But recently, the 29-year-old West Pullman resident has been diagnosed with a rare brain tumor that affects just 1 percent of cancer patients in the U.S. The disease, along with the radiation and chemotherapy necessary to treat it, has changed everything for Monroe. She lost her ability to write clearly. Her speech became halting.

Added to those huge losses was another one: her hair, the glorious, dark black, curly mane that helped catapult her to icon status within the natural hair community.” (I made the last line bold because it is so ironic, although maybe “sardonic” is a better description.)