The MIND Diet: Cutting the Risk of Alzheimer’s by 50% 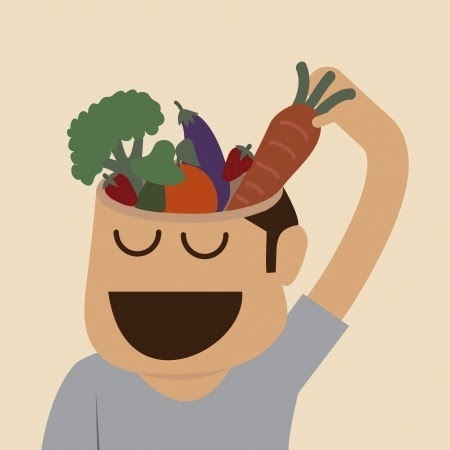 Here’s a link to an article by Carolyn Gregoire of the Huffington Post which reports that the “MIND diet” (Mediterranean-DASH Intervention for Neurodegenerative Delay) “…is effective even if it is not followed rigorously, according to a new study from Rush University.

Researchers found that people who followed the diet closely had a 53 percent lower chance of developing Alzheimer's, and those who only moderately adhered to the diet still lowered their risk of developing the devastating brain disease by 35 percent.”

So why the bit about those who followed the diet “closely” versus those “who only moderately” adhered to the diet?

Because people cheat on diets, that’s why! I know a zillion people on diets and almost everybody cheats, cheats, cheats. They mostly cheat because the food on the diet tastes like cardboard or they just can’t give up that pint of ice cream after dinner every evening.

Whatever the case, I like the idea of measuring what “normal” dieters actually do.
The original research was developed at the Rush University Medical Center in Chicago and published in the online edition of The Journal of the Alzheimer’s Association.

I particularly like Ms.Gregoire’s article because it gives you more than just the headline and reworded press releasee. You can read it here: http://www.huffingtonpost.com/2015/03/21/diet-alzheimers-_n_6896760.html

And here’s a link to the write up that Ms. Gregoire refers to: http://medicalxpress.com/news/2015-03-mind-diet-significantly-alzheimer-disease.html

That's indeed useful and I think this should be popularized.