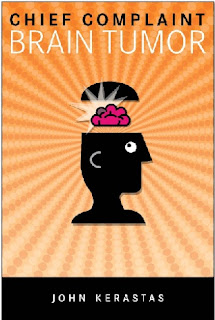 As his health changed, so did his sense of humor. He writes that his humor started out superficially light-hearted prior to the first operation; transmogrified into gallows humor after several subsequent operations; and leveled out as somewhat wry-ish after radiation and rehab. This is a surprisingly upbeat and inspiring book for anybody interested in memoirs about people dealing with personal crises, for patients trudging through rehab, for caretakers helping victims of serious illnesses, or for anybody looking for an unexpected chuckle from an unlikely subject. “
Posted by John's Brain at 11:58 AM

There is a chance you're qualified for a complimentary $1,000 Amazon Gift Card.

New Diet Taps into Pioneering Idea to Help Dieters Get Rid Of 12-23 Pounds within Only 21 Days!