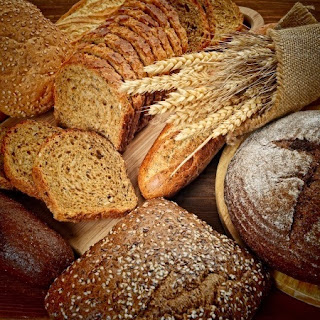 If brain tumors, early onset of Alzheimer’s and dementia doesn’t have you worried, here’s a whole new reason to have the snot scared out of you: according Dr. Perlmutter, MD, in his new book entitled Grain Brain, "…carbs are destroying your brain.”

That short, overly dramatic quote is taken from the book’s website: http://www.drperlmutter.com/about/grain-brain-by-david-perlmutter/

His website goes on to say that: “Renowned neurologist David Perlmutter, MD, blows the lid off a topic that’s been buried in medical literature for far too long: carbs are destroying your brain. And not just unhealthy carbs, but even healthy ones like whole grains can cause dementia, ADHD, anxiety, chronic headaches, depression, and much more.”

My takeaway? Carbs are the new zombies! 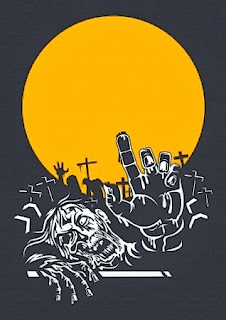 I suspected that this might be a tad controversial so I dialed up Google and, guess what, the Whole Grains Council doesn’t agree saying that “From our review of an advance copy sent to us by the publisher, we’ve found that Grain Brain is a misleading and sensationalist title for a book that distorts current science and contributes, sadly, to public confusion about what constitutes a healthy diet.” Here’s a link to their retort - http://wholegrainscouncil.org/newsroom/blog/2013/09/whole-grains-and-healthy-brains

The one thing that both agree upon is that Celiac disease and gluten intolerance are real and serious issues. Here the Whole Grain Council says “People with celiac disease (1-2% of the population) or non-celiac gluten intolerance (estimated at about 6% of the population) can indeed have medical issues not only with their digestive systems but with other organs including the brain, and these people will benefit from removing the four gluten grains – wheat, barley, rye and triticale – from their diets.”

If you aren’t that 1-2% or 6% of the population, I guess that’s somewhat calming.

Since I don’t have any sense that I’m celiac gluten intolerant, I plan to continue to eat whole grains. I may, though, nip down to Rose’s Café and Bakery in Evanston - http://www.rosesbakery.com/ - for some gluten free goodies sometime soon.