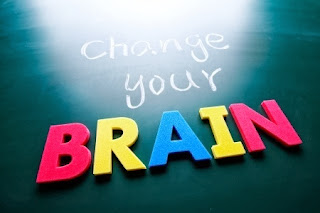 Here’s an article by Alison Abbott of Nature magazine, which reports on some new research supporting the power of carefully-tailored video games to improve specific cognitive deficits: http://www.nature.com/news/gaming-improves-multitasking-skills-1.13674?spMailingID=17909079&spUserID=NjY2MTI2OTIxOQS2&spJobID=230026922&spReportId=MjMwMDI2OTIyS0

She writes: “Commercial companies have claimed for years that computer games can make the user smarter, but have been criticized for failing to show that improved skills in the game translate into better performance in daily life1. Now a study published this week in Nature2 — the one in which Linsey participated — convincingly shows that if a game is tailored to a precise cognitive deficit, in this case multitasking in older people, it can indeed be effective.”

Later in the article she notes that “Led by neuroscientist Adam Gazzaley of the University of California, San Francisco, the study found that a game called NeuroRacer can help older people to improve their capacity to multitask — and the effect seems to carry over to tasks in everyday life and is still there after six months. The study also shows how patterns of brain activity change as those cognitive skills improve.”

It’s a nice article that humanizes the science behind video-game brain builders.

PS -In addition, on the website is a video with a research participant wearing a device (EEG?) designed to measure electroencephalography. The photo is so wonky that I just love it.

[1] Ok, now somebody is going to say “Better than what? God? Dr. Frankenstein? The mad genetic scientist down the street?” This article doesn’t address any of those issues, mostly because I can’t wrap my mind around any of them.