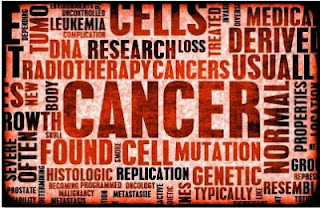 I never knew that Oklahoma was a hotbed of ground-breaking brain cancer research until I read this article from Greg Elwell, a public affairs specialist at the Oklahoma Medical Research Foundation: http://newsok.com/omrf-researchers-finding-some-hope-in-anti-brain-tumor-drug/article/3809147/?page=1

The article reports that “a compound developed by OMRF scientist Dr. Rheal Towner has shown success in fighting extremely aggressive brain tumors in rats and in human cells.”

What’s different about this therapy, is that the “…anti-brain tumor drug developed at the Oklahoma Medical Research Foundation could prove more effective than current therapies because it attacks cancer cells at multiple key points.”

This is the key point of a paper by OMRF scientists Rheal Towner, Ph.D., and Robert Floyd, Ph.D., published in the journal “Neuro-Oncology” which showed that OKN007 was successful when pitted against extremely aggressive glioma tumors in rats and in human cells.

“One of the main dangers of gliomas is their ability to keep growing. Not only are they getting bigger, but they're marshaling resources by growing blood vessels, invading cells and turning off the process that tells cells when to die,” Towner said. “We've found that OKN007 targets all of these factors.”

Here’s a link to the journal abstract: http://neuro-oncology.oxfordjournals.org/content/early/2013/01/16/neuonc.nos337.abstract

And yes, I do love the fact that this therapy has “007” in its name, it gives me the feeling that we have a secret agent fighting cancer on our side.