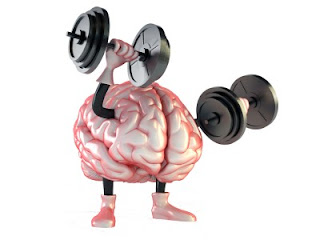 As a brain tumor survivor, I am often wondering if riding my bike or opening up Mozilla and tackling Lumosity (www.lumosity.com) is better for brain building.

As it turns out, Heidi Godman, Executive Editor, Harvard Health Letter, wrote about this in a blog posting entitled “Which is better for keeping your mind fit: physical or mental activity?”

In an April 3rd blog posting, she noted that “A study published yesterday in JAMA Internal Medicine tried to tease out whether physical or mental activity was better for brain health.”

She went on to say that “There’s some evidence that exercise alone protects the brain. One study of people in their seventies published in Neurology showed that those who exercised the most had the least brain shrinkage and fewer white matter brain lesions, which can be signs of dementia. People who engaged in mental activities had more brain shrinkage and white matter brain lesions. Another study published recently in Stroke showed that older adults who exercised regularly reduced their risk of vascular-related dementia by 40%.”

Wait a minute, I thought, what about all that time I spend on Lumosity?

As if anticipating my concern, she commented that “Mental activity alone can also protect the brain. In one 2012 study, published in Neurology, researchers demonstrated a direct link between the amount of cognitive activity, such as reading the newspaper or playing chess, and the level of cognitive function in the following year.”

Her advice? “Take advantage of the brain protection that both physical and mental activities provide. On the physical side, start or keep moving. A good goal is 150 minutes of moderate intensity exercise a week, but any activity is better than none.”