The “Long-Tail” of Rehab

The term “Long Tail” refers to a statistical property in which a larger share of the population (“population” means anything you’re counting) falls in the “tail” of a probability distribution than one would expect under a typical Gaussian distribution.  The concept was originally popularized by Chris Anderson in an article in Wired magazine way back in 2004 - http://www.wired.com/wired/archive/12.10/tail.html
About now I can imagine many of you rolling your eyes and thinking – “John, I’m lost. Please explain what a Gaussian curve is in English. Why should I care?” And, “What does this have to do with brain tumors or rehab?”
In my experience, the fat middle of the curve (Figure 1) is a good representation of the heighten TLC you get from friends and family and your medical team just before and just after your operation.  In contrast, Figure 2 is a nice visual representation of the commitment and TLC the patient should give, over time, to the boring, repetitive, mind-numbing (pun intended) rehab process.

Said differently, everybody can get excited about an operation, but when it comes time for the truly hard work of rehab, you the patient need to find a way to stay tenacious and committed to the rehab process long after your physical and occupational therapy insurance payments are long gone.
I also suspect that most patients don’t do the daily rehab regimen prescribed by their therapists (I’d love some feedback on this!) and, as a result, don’t maximize their “new normal”.
Comments? 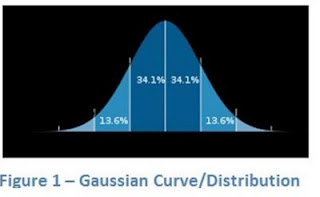 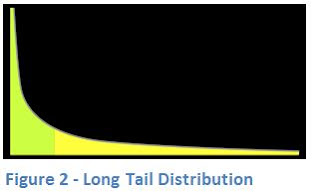