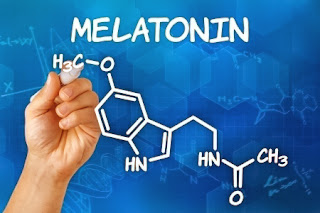 I first learned of Melatonin as a possible cancer-fighting agent from this discussion on the ABTA’s Inspire website: http://www.inspire.com/groups/american-brain-tumor-association/discussion/melatonin-18/?ref=as&asat=127394871 (You have to register to access it – no cost)

Several victims said they initially started using it to help them sleep. Others said that they are using it in tandem with Temodar because they believe it helps fight GBM.

I then zipped over to www.WebMd.com and found their page on Melatonin - http://www.webmd.com/sleep-disorders/tc/melatonin-overview  In plain English that even I understood, WebMD first explained that Melatonin is primarily used to help folks get a good night sleep. Then, interestingly, the page explained that:

“It may be that melatonin, when taken as a supplement, can stop or slow the spread of cancer, make the immune system stronger, or slow down the aging process. But these areas need more research.”

To corroborate this, I scooted over to the American Cancer Society site which said that: “Study results regarding the effect of melatonin supplements on survival and quality of life in people with cancer have been mixed, and further research in this area is needed.”

Ok, what does “mixed” mean? What does “more study is needed mean?” If you think I know, guess again. “More study is needed” often means some poor researcher wants to get funded and be able to buy groceries next year. It could also mean maybe, just maybe, there’s something there.

If you’ve had success, failure or mixed results with Melatonin, shoot me an email.

I enjoyed reading your article. Please make more interesting topics like this on.
I'll come back for more :)

From Japs a researcher from beddingstock.com

There are some natural remedies that can be used in the prevention and eliminate diabetes totally. However, the single most important aspect of a diabetes control plan is adopting a wholesome lifestyle Inner Peace, Nutritious and Healthy Diet, and Regular Physical Exercise. A state of inner peace and self-contentment is essential to enjoying a good physical health and overall well-being. The inner peace and self contentment is a just a state of mind.People with diabetes diseases often use complementary and alternative medicine. I diagnosed diabetes in 2010. Was at work feeling unusually tired and sleepy. I borrowed a cyclometer from a co-worker and tested at 760. Went immediately to my doctor and he gave me prescriptions like: Insulin ,Sulfonamides,Thiazolidinediones but Could not get the cure rather to reduce the pain but bring back the pain again. i found a woman testimony name Comfort online how Dr Akhigbe cure her HIV  and I also contacted the doctor and after I took his medication as instructed, I am now completely free from diabetes by doctor Akhigbe herbal medicine.So diabetes patients reading this testimony to contact his email     drrealakhigbe@gmail.com   or his Number   +2348142454860   He also use his herbal herbs to diseases like:SPIDER BITE, SCHIZOPHRENIA, LUPUS,EXTERNAL INFECTION, COMMON COLD, JOINT PAIN, EPILEPSY,STROKE,TUBERCULOSIS ,STOMACH DISEASE. ECZEMA, GOUT, PROGENITOR, EATING DISORDER, LOWER RESPIRATORY INFECTION,  DIABETICS,HERPES,HIV/AIDS, ;ALS,  CANCER , MENINGITIS,HEPATITIS A AND B,ASTHMA, HEART DISEASE, CHRONIC DISEASE. NAUSEA VOMITING OR DIARRHEA,KIDNEY DISEASE. HEARING  LOSSDr Akhigbe is a good man and he heal anybody that comes to him. here is email    drrealakhigbe@gmail.com    and his Number +2349010754824