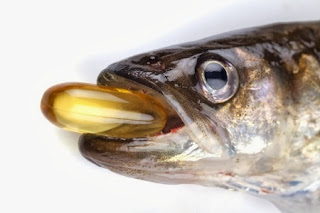 For you supplement junkies, here’s a well-written article from Allison Aubrey, a correspondent for NPR News and veteran myth debunker (among other skills, see http://www.npr.org/people/2100208/allison-aubrey ).

She recently reviewed a study published in Neurology, the “Official Journal of the American Academy of Neurology" which finds that omega-3s may not benefit thinking skills or help fend off cognitive decline.

If you’re a pill/supplement popper, this might pop, or at least somewhat deflate your bubble.

While Aubrey has a number of hypotheses regarding this result, she does state that “The researchers found no differences in declines in brain sharpness among the women who had high levels of omega 3s in their blood compared with those with low levels of omega 3s.”

Aubrey goes on to write that “As study author Eric Ammann of the University of Iowa, points out in an email, "most randomized trials of omega-3 supplements have not found an effect on cognitive function."

She ends her article noting that “In fact, there's increasing evidence, as outlined by Paul Offit*, that we do our bodies no favors by taking a daily regimen of vitamins or supplements.”

*And here’s a link to the Paul Offit article regarding supplements - http://www.theatlantic.com/health/archive/2013/07/the-vitamin-myth-why-we-think-we-need-supplements/277947/
Image credit: <a href='http://www.123rf.com/photo_8764272_close-up-of-a-cod-liver-fish-oil-capsule-a-nutrional-supplement-high-in-omega-3-fatty-acids-epa--dha.html'>onepony / 123RF Stock Photo</a>

Today's ever growing health conscience society is taking notice of the great benefits. Omega 3 fatty acids have.People the world over are adapting to a healthy life. style and are using Omega 3 fatty acids as an integral part of that lifestyle. At Nutriden we are committed to helping our Customers to live a healthy life by providing the worlds finest nutraceuticals available to help boost energy levels and to help improve and maintain overall health to feel better and to help get the most out of nutrition for life. We serve omega 3 fish oil and omega fish oil supplement in these cases.

Good sharing, Among Asians, consuming this fish name “Channidae Channa Striatus” and believed to provide one with good health. Through the study, science team learnt that the fish is rich in amino and fatty acids and provides medicinal healing for wounds and inflammation. Further research by the team led to the making of Chantiva, a natural remedy that aids in the healing of wounds, as well as the alleviation of muscular and joint pain, read more at:
http://kidbuxblog.com/fish-for-health-by-chantiva/

Hi There, I just spent a little time reading through your posts,which I found entirely by mistake while researching one of my projects.
I have some relevant information you can review below.
buy BrainPlus IQ
BrainPlus IQ uk

Great information. Carry on bro. I am working as a content writer , so your articles will help me to write my next project. I am printing this page.thank you.
Regards
Zuly Zonova
Owner of http://pickbestfishoil.com/